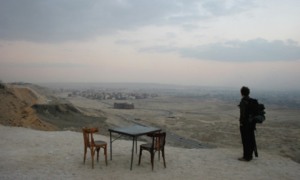 Bas Princen is an artist and photographer whose work focuses on the transformations of the urban landscape, researching the possible future scenarios and outcomes by the use of photography. He was educated as an industrial designer at the Design Academy in Eindhoven and later studied architecture at the Berlage Institute in Rotterdam. Since then, through the use of photography, his work has focused on the urban landscape in transformation, researching the various forms, outcomes and imaginary visions of changing urban space.

Visiting Professor at IZK in the Summer Semester 2019. He will be teaching Workshop 2.