Landscape today appears at once as a consistent background against which contemporary problems obtain visibility and, increasingly, the object occupying the foreground itself. This talk looks to examine the contemporary perceptions and uses of landscape as a category of design, research and aesthetic production. It traces its examination around a certain irreconcilable contradiction between two predominant perceptions of landscape today: landscape as an archive and landscape as a technological medium. It appears as both the substance of a history bequeathed to the present—something that invites us to contemplate the difficult questions of our present by innocently cataloguing histories handed down to us—and a neutral milieu of technological and spatial improvement. By situating a reading of this perception against histories of territory, the state and infrastructure, the talk will show another history of landscape as a concept at the core of modern politics and modern power whose unique quality is its eternal capacity to double back on itself as a self-evident category of natural, ‘apolitical’ truth. This reading aims, finally, to unsettle the somewhat contradictory language in which landscape finds itself today, suggesting ways in which we might otherwise confront it as not only a political technology but, for that reason, an arena of struggle in which our political present is formed.

Ross Exo Adams is Assistant Professor and Co-Director of Architecture at Bard College. He is the author of Circulation and Urbanization (Sage, 2019) and has written widely on the intersections of architecture and urbanism with political geography and environmental humanities. His research has been supported by fellowships and grants from the Royal Institute of British Architects, The London Consortium, Iowa State University and The MacDowell Colony.

The lecture is part of Exhibiting/IZK Theory Lecture Series and is organised in cooperation with Grazerkunstverein. 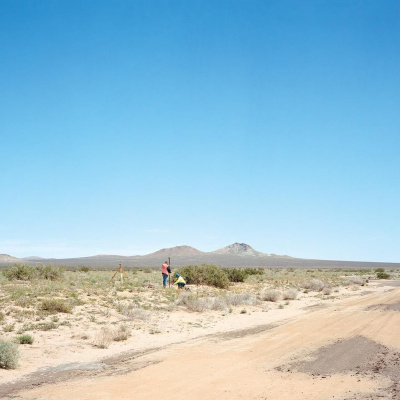