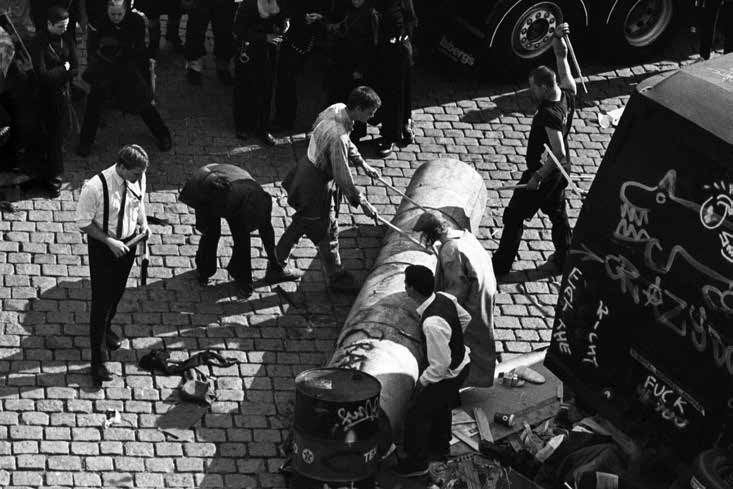 “Live Action” alludes to both an artistic performative practice as well as a social experience, where a number of participants create a joint environment in order to place and act out particular characters they have previously created. The developed environment can be based on actual events and incidents or may be purely fictional. The same applies for the characters developed by the participants and organised in an overall plot in regard to the chosen scenario. In certain regions, especially around northern Europe, a specific variation of live action role playing has emerged as cultural technique of "interactive storytelling", which transmits political visions and negotiates experiences in fictionalised utopian or dystopian settings. The summer semester 2016 Artistic Design 1 will focus on this phenomenon between live game and staged theater, artistic expression and ludic philosophy by creating a respective setting across the individual groups of the course.