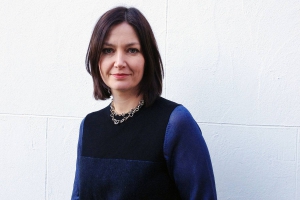 Ines Weizman is professor of architecture theory, director of the Bauhaus-Institute of History and Theory of Architecture and Planning and director of the Centre for Documentary Architecture (CDA) at the Bauhaus-Universität Weimar. She trained as an architect at the Bauhaus-Universität Weimar and the Ècole d'Architecture de Belleville in Paris, the Sorbonne, the University of Cambridge, and the Architectural Association, where she completed her PhD thesis in History and Theory. In 2014, her edited book Architecture and the Paradox of Dissidence, was published by Routledge. The book Before and After: Documenting the Architecture of Disaster, written together with Eyal Weizman was published in the same year by Strelka Press. In 2015 she edited with Jorge Otero-Pailos the issue Preservation and Copyright for the journal Future Anterior (University of Minnesota Press).

Her articles have appeared in books, magazines and journals internationally. The installation "'Repeat Yourself': Loos, Law and the Culture of the Copy" was shown as part of the "Museum of Copying" (curated by FAT Architects) at the Venice Architecture Biennale in 2012, and in 2013 as solo-shows in the Architecture Centre Vienna and the Buell Architecture Gallery at Columbia University, New York. Earlier research and exhibition projects include "Celltexts. Books and other works produced in prison" (together with Eyal Weizman), first exhibited in Fondazione Sandretto Re Rebaudengo, Turino (2008, 2009, 2014, 2015). In 2016 she directed the International Bauhaus-Colloquium titled 'Dust&Data' at the Bauhaus-Universität Weimar which marked a series of publications, exhibitions and research projects she undertakes as part of the Bauhaus jubilee in 2019.

The Ethics of Plumbing