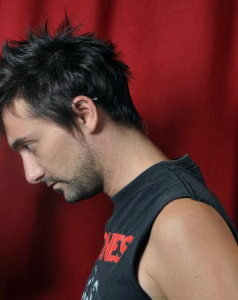 Does research in different media: performance, happening, action in public space, community based art, video/ film and music. In his work he is interested in the transformation process between the individual and the masses. In these works he often animates and includes audience and other participants. From 2005 he is active on the scene and has participated in numerous exhibitions and organized festival programs and workshops in Croatia, Serbia, Bosnia and Herzegovina, Macedonia, Slovenia, Kosovo, Turkey, Greece, France, Russia, Finland, Austria, Germany, Algeria, Mexico, USA, Canada.

Markovic is Art director and curator of international performance festival Dopust/ days of open performance that is running from 2008 with programs in Croatia, USA and Austria. 2011, awarded for best young visual artist in Croatia with Young Visual Artist Award and went to New York on ISCP/ International Studio and Curatorial Practice residency program. 2012- 2014, he worked as production assistant of Matthew Barney Studio in New York, US. He was curating performance programs and exhibitions “ The Crew “ and “ The Crew 2 “ that presented artists from Matthew Barney Studio. Among many he had significant exposures in Anthology Film Archives NYC, Mediterian Biennale Thessaloniki, Moscow Biennale, Museum of Modern and Contemporary Art Rijeka, Venice Biennale of Architecture.

Currently he lives and works in Vienna as artist presented by Michaela Stock Gallery.