Call for Papers: Incomputable Earth—Digital Technologies and the Anthropocene 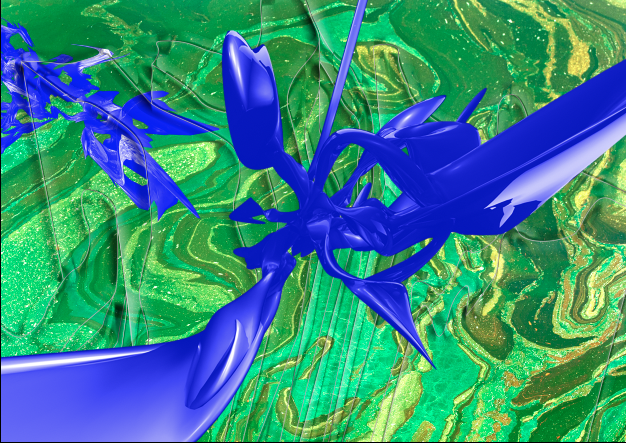 The forthcoming edited volume published by Bloomsbury stems from an ongoing investigation into the contemporary conditions of our data-driven culture where computation, technology and life on earth have become inextricably intertwined. Incomputable Earth—Digital Technologies and the Anthropocene examines the relation of the ‘human’ (anthropos) to technology and to nature, as computation overhauls both at the scale of the planet. Its working thesis is that if calling the new geological era ‘Anthropocene’ implies that the Earth has been rendered artificial by the impact of humanity, then we need a more specific focus on how we understand this process and this humanity. This would mean looking at how the capitalist engineering of this ‘artificial earth’ has accelerated over the last few decades, and how this happened in parallel with the expansion of digital technological systems. This centrally includes ‘artificial intelligence,' itself a technology of extraction—from the earth minerals to the labor of low-wage information workers.

Thus, the book calls for a radical break with a conception of intelligence and value based on instrumentality and extraction, whether it is data or the earth that is under consideration. Such a call entails a radical epistemic shift based on abolishing the patriarchal gendering of both technology and nature and involves a multifaceted but fundamentally materialist critique of the current theoretical trends such as digital vitalism, and the hegemony of techno-positivist paradigms which echo the centrality of digital systems of economic optimisation and social control. The temporal and spatial scales we are confronting pose new challenges for the critical engagement needed to envision a future. The fact that computational power now has the capacity to make visible the magnitude of the climate breakdown does not make the complex entanglements behind it more thinkable. Rather, in many ways computational modeling actually forecloses our ability to grasp the imbrication of technical systems in the collapse of earth systems.

Investigating how unexpected forms of collective intelligence emerge against the backdrop of the epistemic regime of data positivism, algorithmic classification and prediction, this  project starts from a demand to rethink the specificity of and relations among notions such as intelligence, technology, planetarity and general intellect, while considering what unique cognitive and political capacities we might need in order to grapple with the link between the breakdown of earth systems and the proliferation of planetary-scale digital technologies. The humanities currently lack common vocabularies for addressing the predicament of terrestrial life in the age of planetary computation. This book sets out to create a repository of building blocks—critical theory essays and art-based research—as tools to invigorate a thinking of earthly totality beyond the go-to technocratic paradigms which dominate debate on both computation and climate breakdown.

The volume is primarily geared towards the cultural, artistic and academic community and as such it also seeks to present current scholarly and artistic practices dealing with the entanglements of these two ‘hyperobjects.’ We wish to host academic essays as well as artistic visual contributions, colliding the already established, if widely contested, category of the ‘Anthropocene’ in the humanities with the emergent paradigm of ‘planetarity’ taking shape both in critical theory and the techno-scientific registers as the computational core of the ‘humanification’ of the earth.

Possible topics may include, but are not limited to:

Deadline for Abstracts (250 words): October 1, 2021; Send abstracts as a Word file to antonia.majaca@gmail.com and lola.pfeiffer@posteo.de.

This Call for Papers is connected to the project The Incomputable.