The Recondite Archive: In Search of a Form that Speaks 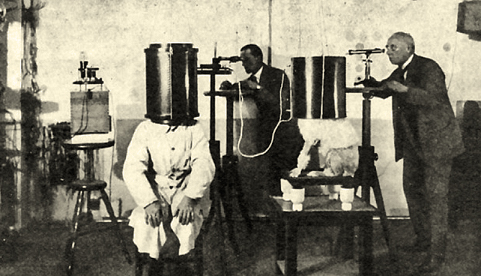 This semester’s project by IZK looks into a little known case of the Graz’s University women's hospital archive from WWII. It suggests opening a collective investigation and public reflection on this obscure local medical archive of that during National Socialism conducted experiments on female forced laborers. These experiments allegedly were taking place already before the Nazis took power and continued as a part of the ordinary routine of the Graz hospital function.

The investigative project will try to instigate a process of searching for a possible form of addressing the very existence of such a recondite archive, that remains inaccessible for public and endeavor to find a form of memorialisation that might speak. The background discussions will center on the political potential of critical memorial practices, but without constructing a rigid definition of what such practices or their forms might be. Rather, while taking the Graz case as our case study, we will test different potential modes of politicizing memorial work, action and form. How to built a discussion on something that we know is in fact there, but inaccessible to us and outside the circle of representation. The investigatory work will be based on interviews with the scholars, hospital staff, patients and citizens. The wider framework of exploration will be the history of medical experimentation and the ethical problems surrounding the relation between institutions of power and science.

We will ask: what is public memory and how is it constructed? Who decides what will be included or excluded from memory? Who posits questions on the excluded? What could be categorized as an archive if we take into account these recognitions and how does the ‘archival’ research then envelop under such specific conditions of our contemporaneity?