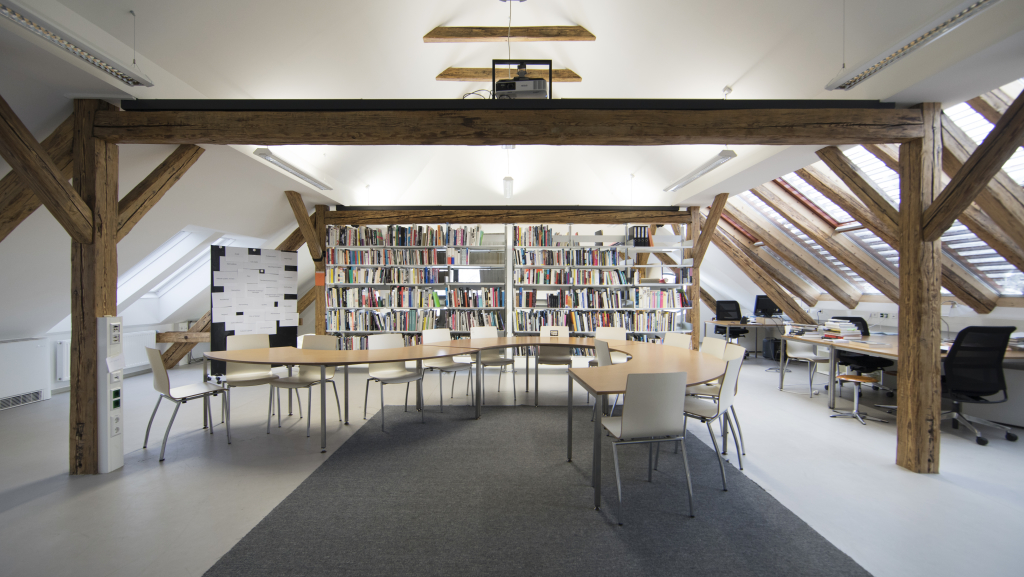 The round table was a result of the workshop From Roundabout to the Round Table from the Summer Semester 2016, led by Visiting Professor Eyal Weizman. During the workshop students of Architecture studies at TU Graz explored the topic conceptually and spatially, resulting in the design of an actual modular round table for the IZK.

Weizman’s workshop From Roundabout to the Round Table was based on his research on the relations between protest and the urban form, which as a starting point took the events of the May 1980 uprising in Gwangju, presented for the first time at the Gwangju Folly II in 2013, an exhibition curated by Nikolaus Hirsch with Philipp Misselwitz and Eui Young Chun for the Gwangju Biennale, followed by the book “The Roundabout Revolutions” (Critical Spatial Practice 6) published by Sternberg Press Berlin. In the framework of the Workshop II the research topic was expanded into the local political conditions and urban space of Graz.

The round table is part of the growing trajectories, a methodical and didactic tool introduced by the series of visiting professors, which became an integral part of the teaching process at the institute. The round table is used as a didactic tool in the work of IZK and it was a gathering point of the studio lab “Sans Souci: Four Faces of Omarska”, which Milica Tomić and IZK have set up in the winter semester of 2016/17 at Kunsthaus Graz within the central exhibition of steirischer herbst “Body Luggage”, curated by Zasha Colah.