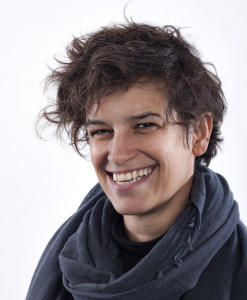 Heidrun Primas studied architecture in Graz. Several years of international competition and teaching activity at the Faculty of Architecture at Graz University of Technology. Artistic research and actions in public space. Since 2010 board member of HDA (Haus der Architektur Graz). Since 2011 chairwoman of the board of Forum Stadtpark (artists’ association). Co-founder of the initiative Reiningherz 2014, founding member of the association Stadtdenker*innen Graz 2015. Since January 2018 spokeswoman of the Cultural Advisory Board of the city of Graz. Since December 2018 Member of the Board of OMEGA – Transcultural Centre. Laureate of the Hanns-Koren-Kulturpreis 2019 of the Province of Styria.

Work on society as an everyday artistic practice.

UMBRUCH. When objects are called to tell stories