“The social relations between the various Peoples of the world, in narrower or wider circles, have now advanced everywhere so far that a violation of Right in one place of the earth, is felt all over it.” Immanuel Kant, Perpetual Peace: A Philosophical Sketch 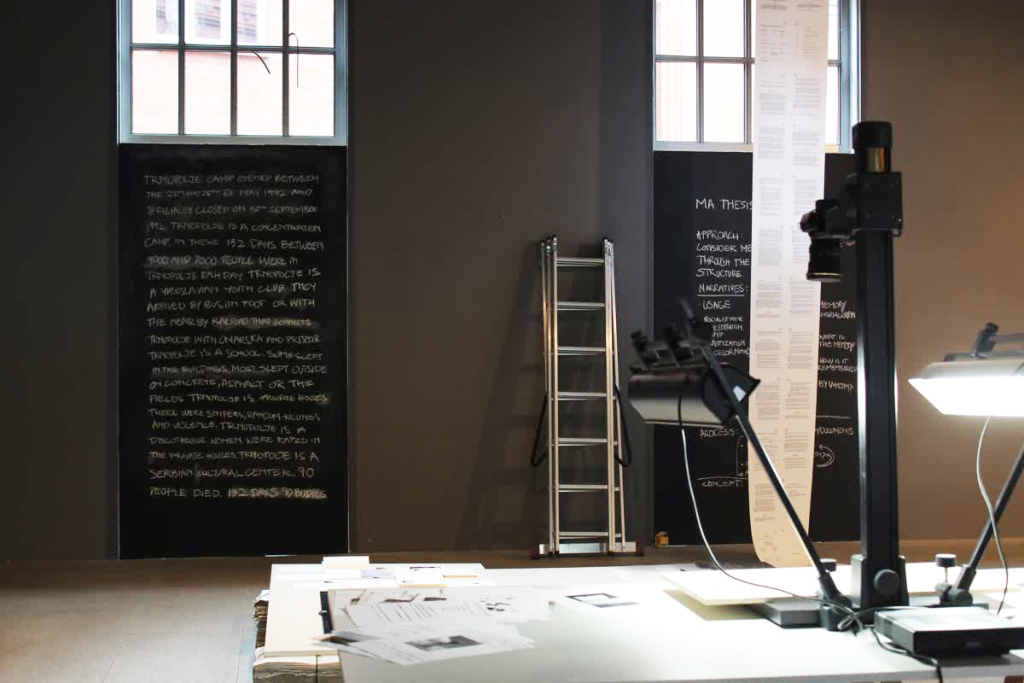 The title “Four Faces of Omarska” comes from four constitutive layers in the history of this mining complex
in northern Bosnia, which was established in socialist Yugoslavia as an iron ore mine. At the beginning of
the wars of the 1990s, Bosnian Serb forces and local authorities transformed the mine into a torture and
death camp for the non-Serb population and political prisoners. After the war, in 2004, ArcelorMittal, a trans- national company and the world’s largest steel producer, assumed majority ownership of the Omarska mine and resumed commercial mining operations. Finally, in 2007 it was used as a film shooting location for Saint George Slays the Dragon, the historical ethno-blockbuster co-produced by film companies from Serbia proper and Republika Srpska. 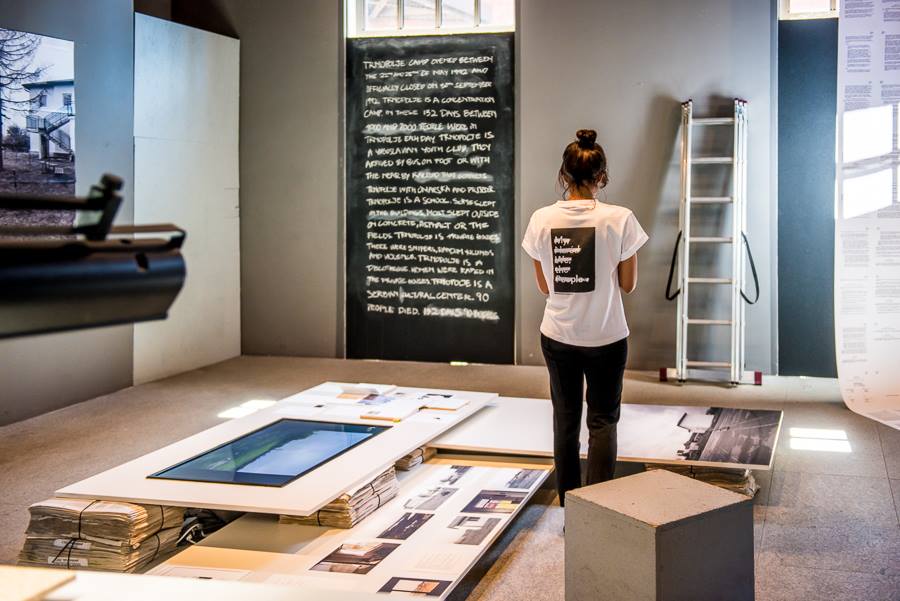 Omarska today, twenty five years after the closing down of the camp, is a place of bizarre cohabitation between the living and the dead, a place of numerous mass graves (either excavated or still unexcavated), and a place where the surviving victims and their families live together with their former oppressors. The company ArcelorMittal, in line with the social and political bias, still maintains discriminatory employment practices against the non-Serb population, thus repeating the politics of wartime ethnic cleansing. ArcelorMittal is participating in the politics of negating the existence of the Omarska camp, this being particularly evident in the company’s decision to prevent the construction of a memorial center to the victims of the camp. In this and other political decisions, this transnational company is closely collaborating with the local nationalist government. Omarska emerges as an example of trans-national capital’s collaboration with local governments in “normalizing” the present through the repression of past crimes in the process of the privatization of public goods and making post-war alliances within the neo-liberal capitalist society, where global capital washes over traumatic zones and renders them invisible and irrelevant. By making visible the continuities and discontinuities of all three epochs and four faces of Omarska, Four Faces of Omarska is an ongoing project (2009-) that seeks to become a site of the production of knowledge, the knowledge of those who were defeated, who went missing, and whose experience has not been articulated within public discourse. 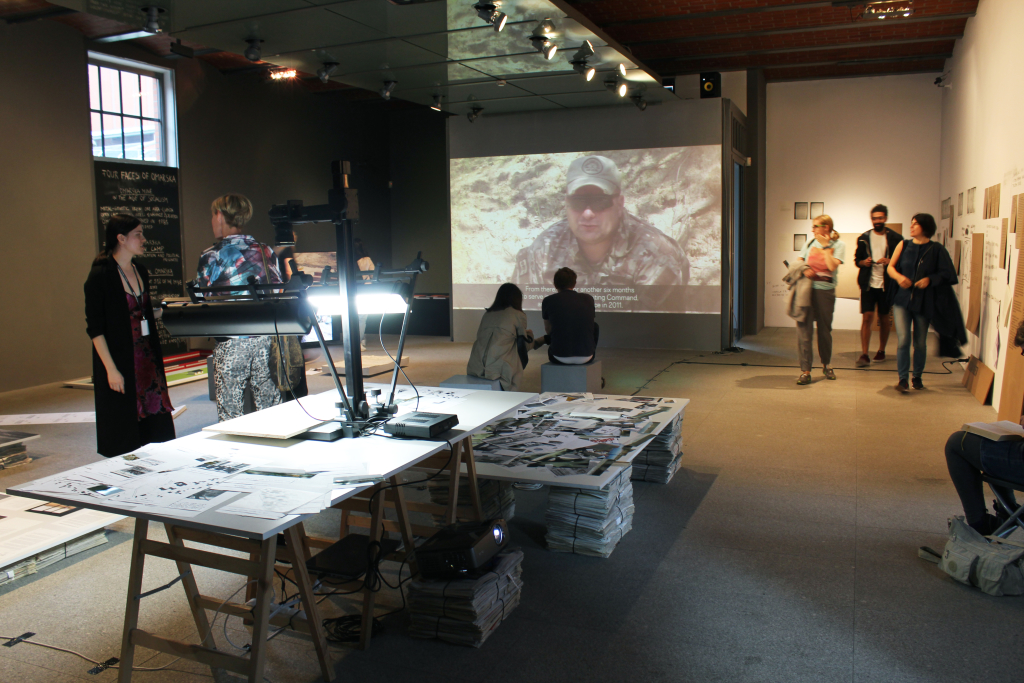 MA Students of the Institute for Contemporary Art at the Architecture Faculty (TU Graz) are invited to take part in the Four Faces of Omarska project and to look into novel, contemporary types of detention and concentration camps, and reflect their socio-political and urbanistic role in the reproduction of contemporary capitalist society and the conditions of the permanent ‘state of emergency’. While investigating the still unexplored urban structures that emerged in post-war Bosnia and Herzegovina, their project investigates how new forms of urbanism and sociality emerged in this post-conflict society and are informed by the camp forms established during the wars of the 1990s.

They explore the architecture and forms of concentration and prisoner-of-war camps as deeply entangled with everyday urban structures. As such, the camp outlives and continues to endure through new forms of urbanity, economy, and socialization in the period of post-war transition. Taking the Trnopolje and Omarska camps of northern Bosnia as the symbolic loci and basis for a projective image, the project reflects the crucial social processes conditioning the present state of global societies. In this light, the project explores the relations between the Bosnian camps of the 1990s and refugee camps created in recent years in Jordan, Turkey, and Greece for Syrian, Iraqi, and Afghani refugees. 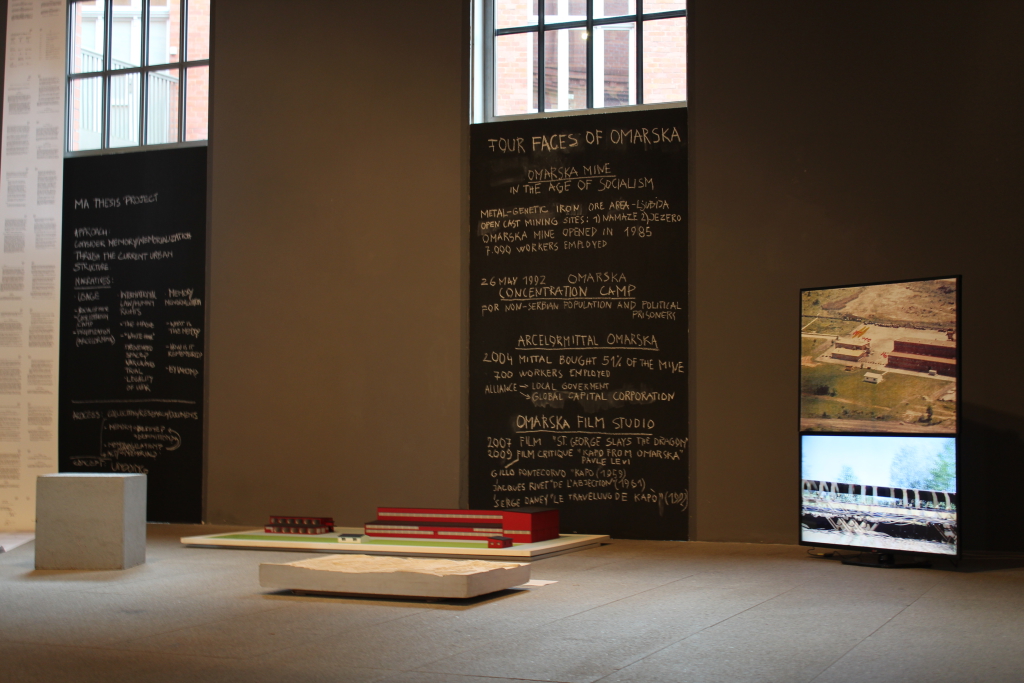 The exhibition includes lectures and talks by:

Post-Yugoslav Generation at the Unidentified Grave of “Yugoslavia”, Ivana Bago, art historian, writer and curator
What can the property relations tell us about the city?, Dubravka Sekulić, architect, researcher and writer Private Property, Privatisation and Other Crimes, Branimir Stojanović, psychoanalyst, philosopher and artist. 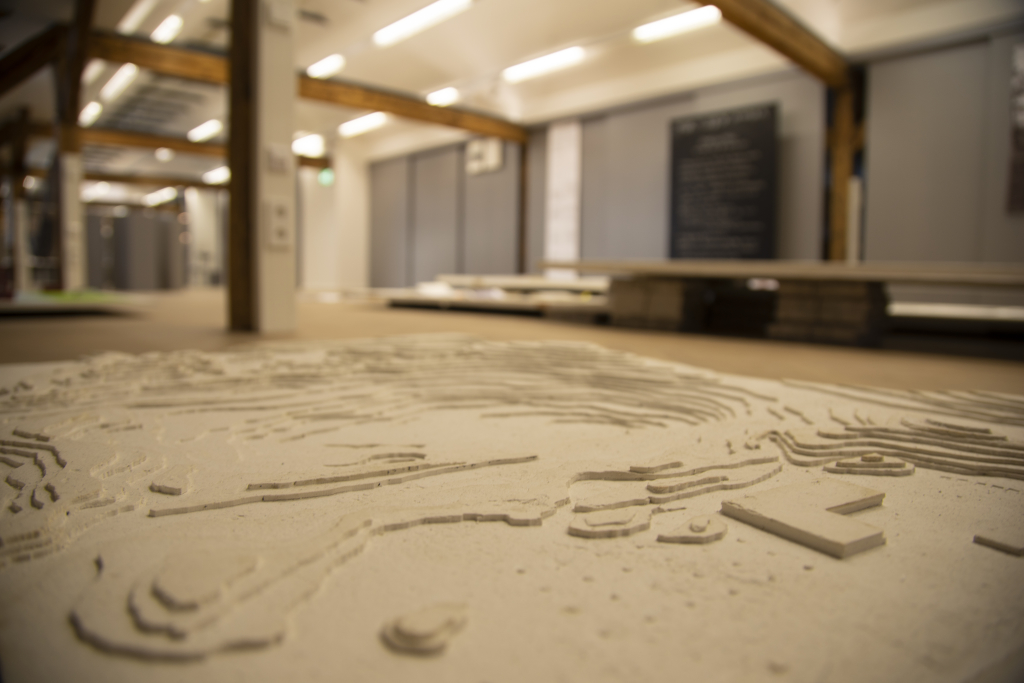 The “Sans Souci: Four Faces of Omarska” exhibition at the Malta Festival Poznan is a continuation of a students’ lab that was conceived by artist Milica Tomić at the Body Luggage exhibition, the central exhibition in the frame of the steirische herbst festival curated by Indian-born curator Zasha Colah at the Kunsthaus Graz. Within the framework of the exhibition, by exhibiting their works, research, and investigation in process, students established an open space for inquiry and learning. 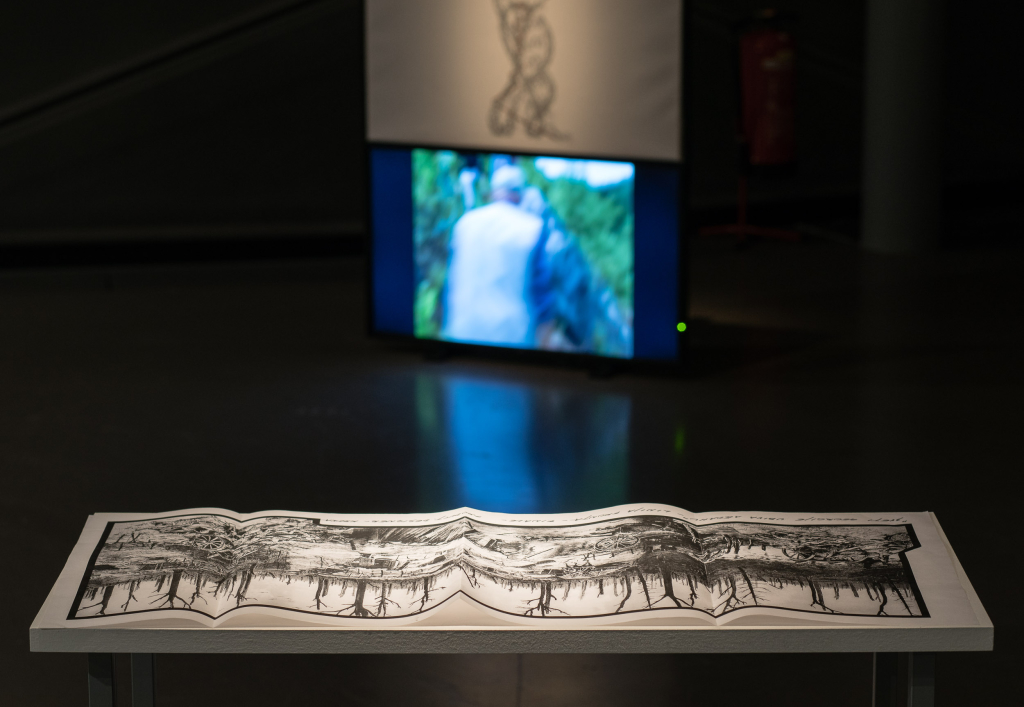 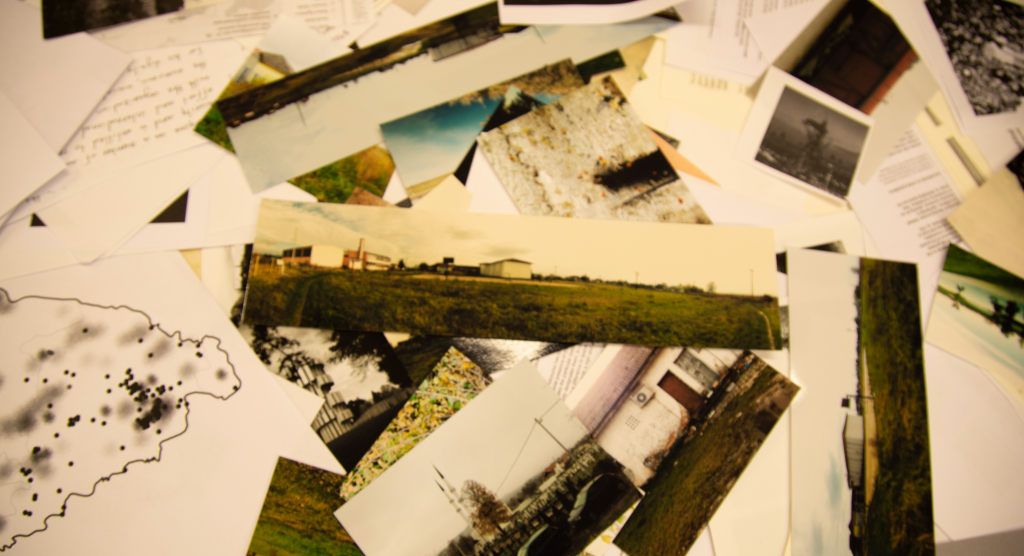 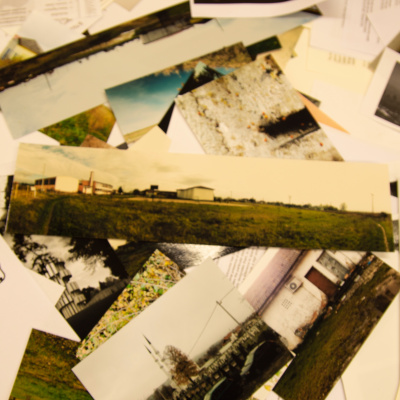